So yes I may have been slack at posting this week, but that’s only because it has taken me until now to stop crying with laughter. Easter weekend was as always a treat, with London delivering some delicious sunshine for all to enjoy even on Bank Holiday Monday which is usually a load of rainy dreary shite.

It was my housemate’s birthday this weekend, and so we decided to be the civilised beauts that we are and drink all the gin we could get our hands on whilst throwing some obscene shapes to the cheesiest pop tunes in G-A-Y. Being the only non-performer in my group I looked more like Michelle McManus on the d-floor than Louis Spence but you can’t win ‘em all ey.

ANYWAY the reason I have been too preoccupied to actually write a thing about anything is because I’ve been concentrating on trying to send one of my galpals viral (I failed at that too) after I somehow managed to get her falling like a champ on video. Seen as though Emily will one day be a star of the West End, I’m holding onto the rights to the footage to sell on when she’s famous, but for now it is fucking hilarious and you can have a lil look below (beware of the crotch shot).

I’m sure I’ll be back to write some more intensely interesting stuff before long but for now here’s a photo of the sunset I watched from Greenwich Park the other night – summer is here! 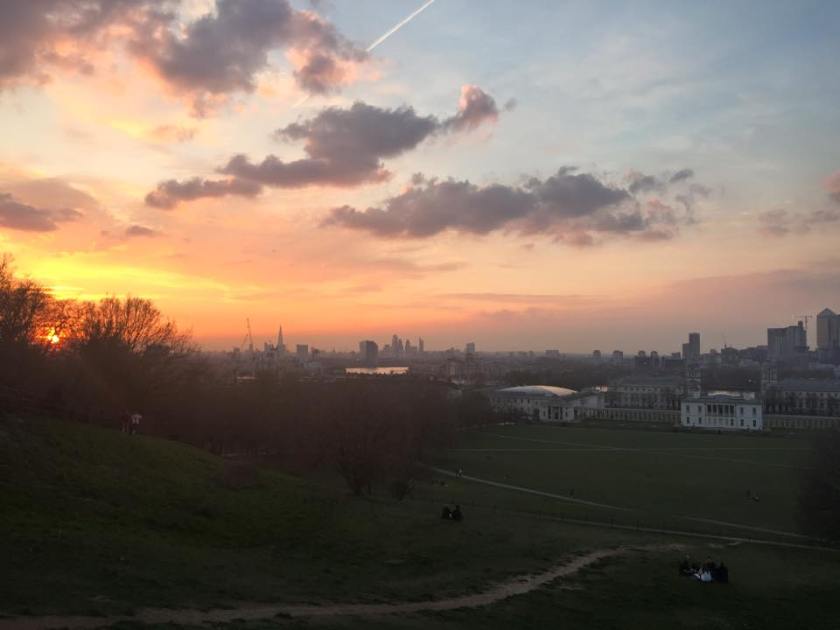 One thought on “birthdays and sunsets”